Analysis You will break into pieces if you continue promoting terrorism, Rajnath Singh... 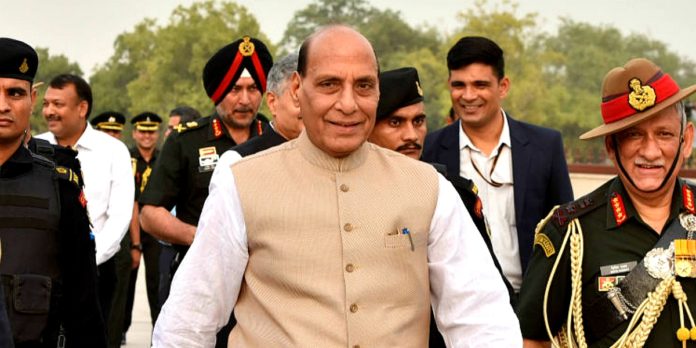 Defence Minister Rajnath Singh today said that Pakistan should stop promoting terrorism, otherwise no one will be able to prevent it from “breaking into pieces”.

Speaking at a felicitation programme in Surat for the families of 122 soldiers who lost their lives in the line of duty, Singh also warned Pakistan that if its people cross the Line of Control, the Indian Army will not allow them to return.

Mr. Singh also said Pakistan was unable to digest India’s decision to abrogate Article 370 in Jammu and Kashmir and went to the United Nations to mislead it.

The minister has said that Prime Minister Narendra Modi has created such a belief and trust in India across the world that the international community is not ready to believe what Pakistan is saying.

The minister also asserted that minorities in India were safe, are safe and will remain safe, adding that the country does not divide people on the basis of caste or religion. Mr. Singh also hit out at Pakistan saying that the country which is not able to provide security to the minorities on its soil, talks about human rights.

Was the soldier’s body a gift for Tamil Nadu’s hospitality? BJP...