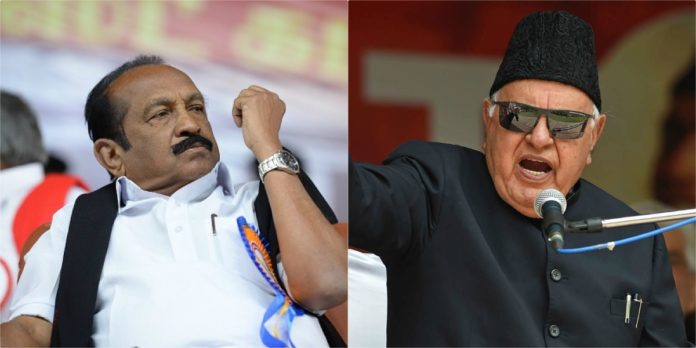 A bench headed by Chief Justice Ranjan Gogoi told Vaiko’s counsel that Abdullah was under detention under the Public Safety Act.

Vaiko’s counsel questioned the conduct of Jammu & Kashmir administration and claimed that few minutes before the scheduled hearing in the apex court on September 16 Abdullah was detained under the Jammu & Kashmir Public Safety Act.

The bench also comprising justices S A Bobde and S A Nazeer said the petitioner can challenge the detention order against Abdullah under the Jammu and Kashmir Public Safety Act before the appropriate authority.