Home Analysis Savarkar is an inspiration for millions to commit themselves for the nation:... In the two-day long conference Akhil Bharatiya Swatantrayaveer Savarkar Sahitya Sammelan on Veer Savarkar, demand has been raised that he should be given Bharat Ratna as he deserves it the most. The demand was also made that since Savarkar was the first pre-independent leader who talked about military training to citizens of India warships, submarines, military equipment and missiles must be named after him besides many others.

Speaking on the occasion a Sarvakarite Srirang Godbole said that the government must name nuclear submarines after Savarkar. Why not INS Savarkar, INS Munje and INS Subhash? The two-day conference has started with commemorating his social, political, religious and ideological works with speakers being unanimous that Savarkar was castigated more for his good work done for the society and the country than appreciated and this is still continuing. He was not only wrongly portrayed by politicians and historians but also victimised by British and governments after independence alike.

BJP national president Jagat Prakash Nadda in his address through video conferencing said that Veer Savarkar is not a person but an idea who has assimilated millions in him. He is an inspiration for millions to commit themselves for the nation. Union minister and former BJP president too was present on the occasion.

Union minister of state (independent charge) for culture and tourism Prahlad Singh Patel said, “If evaluation of work and role has to be done, it should be done to all across. Savarkar did not get his due but it is our duty that we must strive to get him his due.”

Patel said, “It is our responsibility to tell the next generation about the work done by him not only as a freedom fighter but also as a historian, literary person but also as a social reformer who fought against child marriage and untouchability.

Former Gujarat and Madhya Pradesh governor O P Kohli said that Savarkar was the person who had first recognised 1957 movement as the First War of Independent and made Hindu and nationalism as synonyms. Savarkar talked about geographical identity of India and people living in it as Hindus. He said that it is for historians to deliberate that how far extreme use of non-violence harmed but Savarkar had his own view on this which were way ahead than Gandhi including his attempt of making Hindi the national language.

Rajya Sabha MP Swapan Dasgupta said that besides many other qualities of Savarkar, his being a political Hindu caused annoyance among many especially the Congress and other political outfits. He tried to make audience understand by saying that for him L K Advani was also a political Hindu, who talked about collective consciousness of Hindus while Ram Temple was just incidental.

Similarly remembering Mathura and Kashi like Shivaji was due to political Hindu in him and basically his quest was for Hindu civilisation and he was an original thinker as any debate about India and Hindu culture and civilisation is incomplete without talking about Savarkar.

Senior journalist Uday Mahurkar quoted Nehru while discussing the problem of infiltration in the country when Nehru said ‘Nature Abhor Vacuum’ which was responded by Savarkar by saying ‘Nature also Abhors Poisonous Gas’. He said that that Savarkar was so very true if you look at the remarks made by him which was on Assam infiltration. 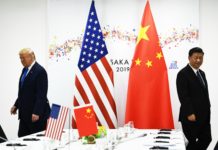 GST rates on mobile phones to increase to 18%...