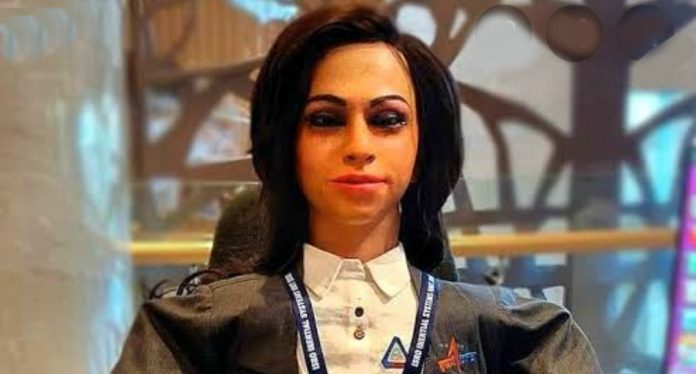 ISRO seems fully prepared for its ambitious Gaganyaan mission. ISRO is to launch India’s first manned spacecraft ‘Gaganyaan’ in December 2021, before ISRO will launch two unmanned missions in December 2020 and June 2021. In a similar mission ‘Vyomitra’ will be sent to space.

Vyomitra is being described as a half-humanoid by ISRO. In simple words, she is such a robot who can talk to you, can understand and record your words to some extent. It also has the ability to recognize people. In the spacecraft, ‘Vyomitra’ will take the command of ISRO scientists and conduct some experiments as well. On 22 January, ISRO has shown the first glimpse of ‘Vyomitra’.

In the run up to the first Human Space Mission by India at @isro … 'Vyommitra', the humanoid for #Gaganyaan unveiled. This prototype of humanoid will go as trial before Gaganyaan goes with Astronauts. #ISRO pic.twitter.com/pnzklgSfqu Lost LDF Candidate in Delhi to have ministerial privileges;... EC issues show cause notice to Anurag Thakur for... UP govt sends report to Centre seeking ban on...