A two-day conclave on India’s maritime history and future vision was opened on November 27 in Delhi. Experts and delegates from different parts of the country will discuss various aspects of India’s maritime affairs.

According to Cmdr Raj Singh Dhankhar, director of Kanhoji Angre Maritime Research Institute, the conference is being organized to spread awareness about India’s maritime affairs among the youth. “We were a great maritime country but its stature declined after 10th or 11th century,” he said. The British saw to it that India was removed from the maritime map of the world.

India faces many security issues along the maritime borders. “After 26/11 many initiatives were taken to enhance coastal security. Forty six radar systems were set: automatic identification systems have been set in light houses,” he said. To secure India’s maritime borders, the country should engage the local and fishermen community also. They can keep a watch on the activities taking place in the coastal areas. 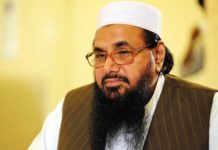