Home Analysis From the cliffs of fame into the silt of shame? 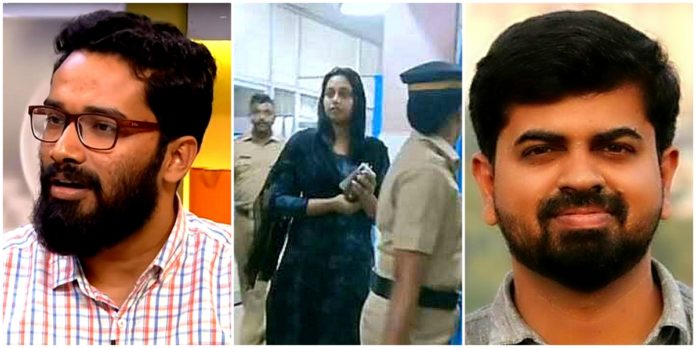 A young IAS officer who is often considered as the youth icon of especially for civil service aspirants Sriram Venkitaraman has suddenly come under the spotlight, this time as a ‘drunk’ ‘hooligan’ who killed a young journalist.

Drink and drive is just an act that would invite a fine of a few hundred rupees, the offence by the IAS officer is serious not only because he holds a highly significant position in the public administration, but also that he killed a young man who is in the profession of journalism which is considered as one among the four pillars of democracy.

Hailing from a humble background with a dream to become an IAS officer, Sriram Venkitaraman erupted into the media as well as the public with his brave initiative against unlawful encroachers in the hill station of Munnar in Kerala. He was an IAS topper in the 2012 civil services exam. His acts towards unlawful activities were remarkable and they elevated him to the hall of fame of honest IAS officers.

From the greatest heights to a pathetic downfall, it takes just a few seconds – perhaps a blink of an eye! On the wee hours of August 3, 2019, a senior journalist was killed when the bike he was riding was hit by a speeding car driven by Sriram Venkataraman near Museum Police Station in Trivandrum.

The car was allegedly driven by an IAS officer who was in an inebriated condition and a woman was also seated in it. The victim was identified as 35-year-old KM Basheer, Bureau Chief of Malayalam daily ‘Siraj’.

Though eye witness said the car was driven by Sriram IAS, he told the police officials that the car drove by Ms Wafa Firoze, who was along with him. However, when there are a number of possible pieces of evidence including CCTV footage, Sriram Venkatraman couldn’t resist but confessed that he was in the seat of the driver.

Reports from media say that the IAS officer was in a besotted state when the accident happened. Eyewitnesses told the media that they first thought the female friend who was with Sriram was his wife, but later knew that she was his intimate friend Wafa Firoze, wife of an NRE working in the UAE. She was ‘so close’ to him that she was willing to take the blame of killing of a journalist herself to save her friend. The IAS official, who sustained a fracture on his hands was admitted to a private hospital in Trivandrum.

The incident, as usual, after a few days would fade away from the media, the investigations would dramatically change its direction, however, the scar Sriram Venkitaraman left in the heart of people for whom he was an idol of worship, would remain forever. Time can heal wounds, but it often leaves the scar of wounds that had once penetrated the depths!