Analysis Article 370 was never intended to be forever, Ram Temple must be... 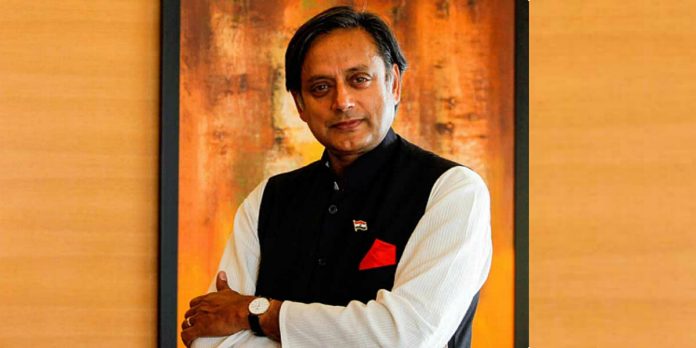 In a move that would infuriate Congress leadership, senior congress leader today said that article 370 was never intended forever but the congress is against the way how it was revoked in the state. In another context, he also said Ram Temple must be built in Ayodhya. He was speaking to Indian Express during an interview with the correspondents.

The Congress is not defending Article 370 “for all time” because it was “never intended to be forever” but the manner in which J&K’s special status was revoked was “undoubtedly violative of the spirit” of the Constitution, Shashi Tharoor said Speaking to The Indian Express Wednesday, ahead of the release of his latest book The Hindu Way.

Regarding Ayodhya temple, he said that given the “depth of belief” associated with the Ram temple in Ayodhya, “there would have been a case for having some sort of proper temple there, ideally, without destroying another community’s place of worship”.

“I have always been of the view that the faiths of millions have to be respected. In other words, if indeed the evidence suggests that there was a temple on the spot and popular lore suggests it was a Ram temple… given that there is so much depth of belief, there would have been a case for having some sort of proper temple there, ideally, without destroying another community’s place of worship. The question of how to arrive at such a mutually acceptable solution was, unfortunately, disrupted by the violence and destroyed the mosque itself. And that I think was a real blot on India’s conscience. Now the matter is before the courts, I will leave it there,” he said in the interview.

During the interview he also opened his heart about a uniform civil code, Tharoor said “none of us would say” that it is a bad idea but argued that “since communities have certain….undeniably entrenched interests in the preservation of certain social and cultural practices, you need to persuade these communities that there may be an argument in favour of greater social harmony in doing this”.

With senior leaders coming up with supporting the views of BJP and the actions by Narendra Modi led union government, the Congress leadership is plunging deeper into crisis perplexing the congress camp and supporters. Sashi Tharoor’s statement is the latest among those.